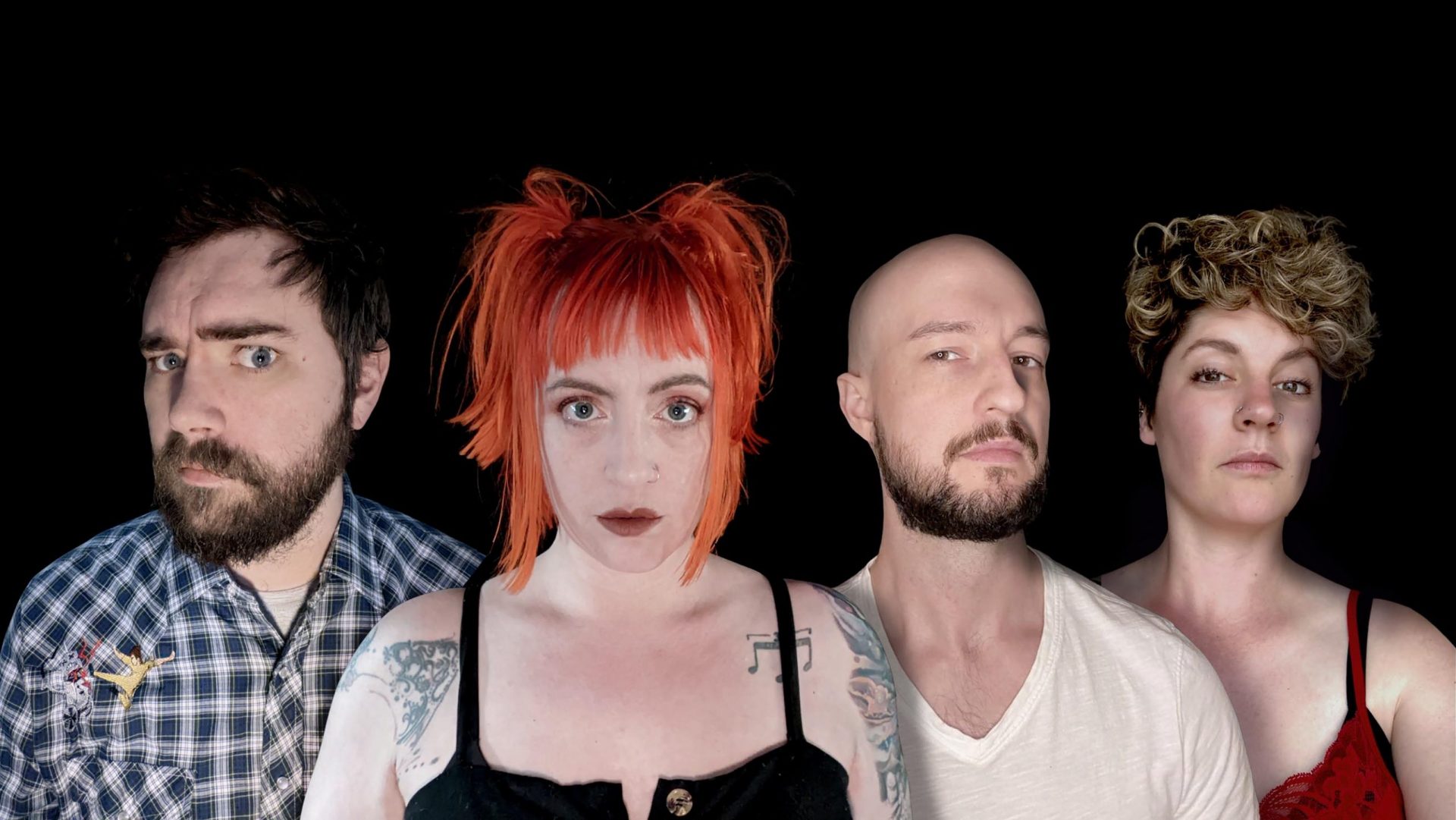 The Cancellations are a hooky, heavy pop act based out of Nashville, with roots in the Midwest. Their sound is drenched in ’90s nostalgia yet highlighted by more modern sonic textures in the violin, synth, and layered vocal harmonies. Maybe’s catchy melodies belie her dark and often self-deprecating lyrics, while the driving bass and expressive guitar leads keep the songs upbeat and engaging. Ellie Maybe and The Cancellations make depression you can dance to.

origin of the cancellations

Named for their rigorous practice schedule, the band never played a show before Brady tragically passed away in 2018. The exceptional J. Marsden stepped in to play Brady’s leads when their first live set occurred at his memorial show, cementing his own role in the Cancellations amidst the tears and heartbreak. Of all people, Derek would have appreciated the irony.

Ellie & Joe joined forces with Holiday Music Motel for a virtual rendition of the Steel Bridge Songfest songwriting festival amidst the clusterfuck that was 2020. The Cancellations’ song “All My Heroes” was chosen as a tribute to be recorded for the friends and writers we’ve sent to the Great Rainbow Stage, and the incomparable Sarah Blick lent her theatrical violin style to the track, and it was clear that she would soon become a Cancellation herself.

The Cancellations are releasing a series of singles recorded during the pandemic, with tour dates being booked for late 2022.